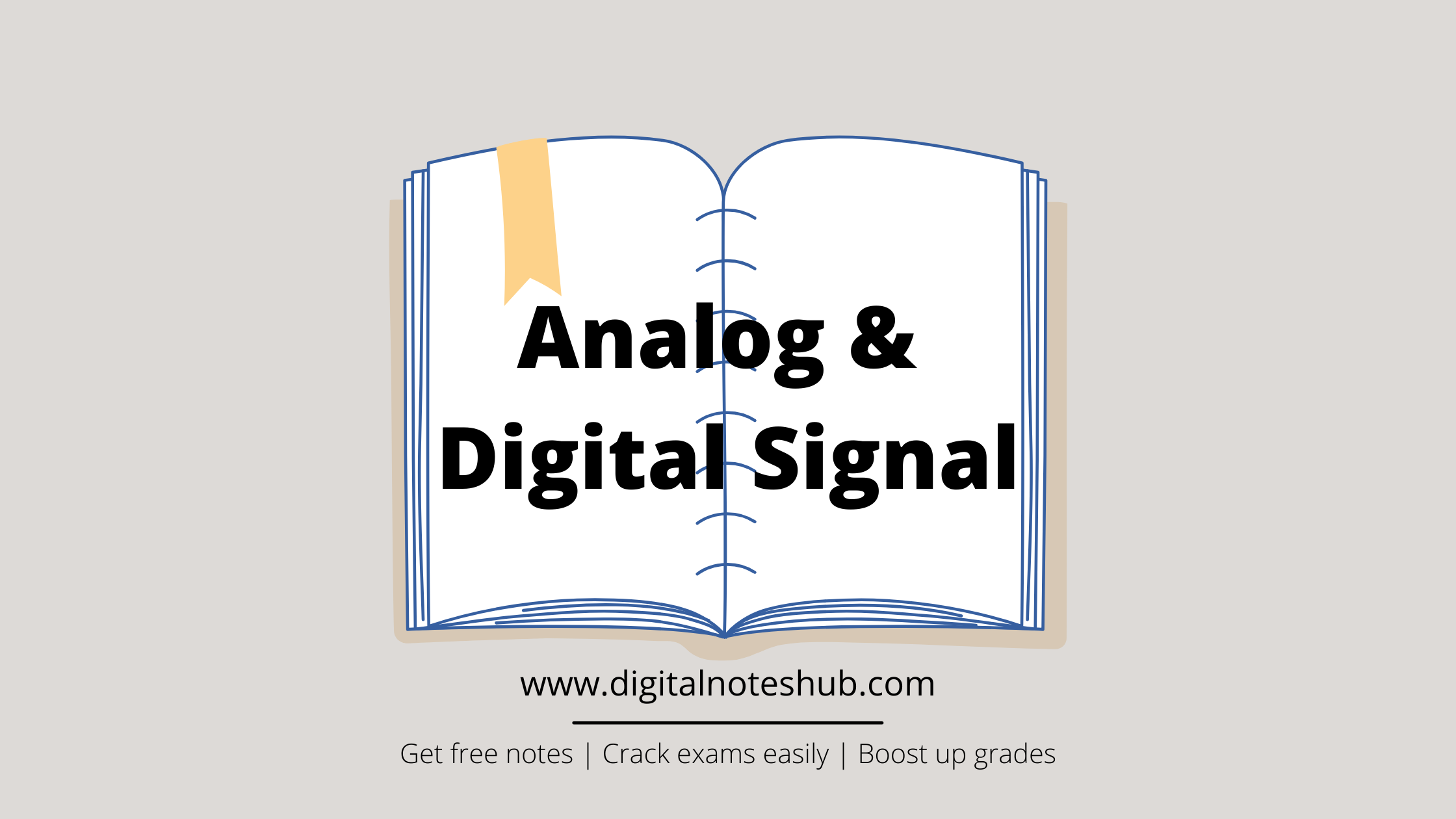 In this tutorial, you’re going to learn analog and digital signals in computer networking with the help of proper diagrams and examples.

What is a Signal?

A signal is an electrical or electromagnetic current that is used to transfer data from one network to another. There are two types of signals which are used in computer networking, such as analog and digital signals.

What is Analog Signal?

These are the signals which can have an infinite number of different magnitude or values. They vary continuously with time. They are generated by signal generations hardware. In computer networks, analogue signals are mainly classified into two types as follows.

It is the analog signal which cannot be decomposed into further simpler signals. There are two types of simple analog signals, such as sine wave and cosine wave.

It is composed or made of multiple sines or cosine waves. The composite signal is further divided into three parts, such as square, triangle and pulse waves.

What is Digital Signal?

A digital signal is a discrete-time signal having finite no. of amplitudes. They are discrete in nature. Binary signals are examples of digital signals. The following diagram shows the diagrammatic comparison of the digital and analog signals.

The following table shows the analog and digital signals difference in computer networking.

The following are some important terms that are commonly used in signals.

Bit interval–The bit interval is the time required to send one bit.

Bit rate–Bit rate is the number of bits transmitted or sent in one second. It is expressed in bit per second.

Bandwidth–It is defined as the frequency range over which an information signal is transmitted. Bandwidth is the difference between the upper and lower frequency limits of the signal.

Period–Period is the reciprocal of the frequency. It is the duration of one cycle per unit period in a second. T, denotes the period.

Data rate limits–A very important factor in data communication is how fast we can send data in bits per second. Data rate depends upon three factors.

In this formula, bandwidth is the bandwidth of a channel, L is the number of levels used to represent data, and bit rate is the bit rate in bits per second.

Increasing the levels of the signal may reduce the reliability of the system.

Was this article helpful?

Have you enjoyed the article of analog and digital signals? let me know in the comment section.