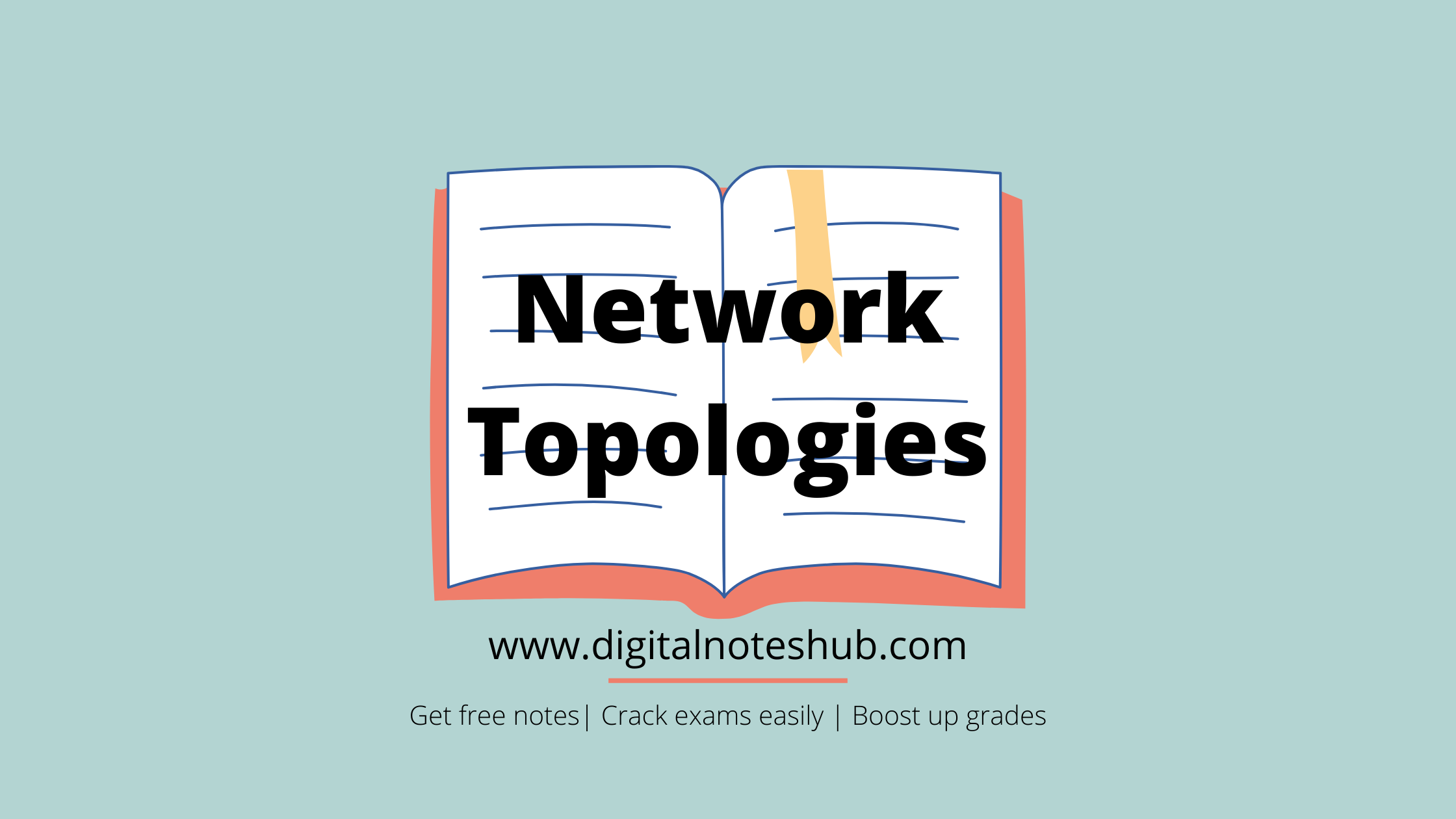 In this guide, you’re going to learn the next computer network topic, i.e. types of topologies with proper diagrams. Following are the sub-topics that you will learn in this guide.

What is Network Topology?

In computer networks, network topologies are the arrangement of networks. Network topology describes the layout or appearance of network devices such as computers, cables and other components. Components within a data communication network are interconnected both physically and logically.

There are six types of topologies that are used in computer networks to arrange network devices.

The working model of topologies is different and let’s discuss types of topologies and what are their basic principle of working.

Bus topology is a multi-point data communication and it is one of the simple topologies. There is only one cable and devices are connected with drop lines to this cable.

In a bus topology, when the computer sends a signal to the cable, all the connected computers receive the information, but the computer whose address matches the signal accepts the data.

Each computer on a network communicates with a central hub. The further hub can send the message either to all computers or only to the destination computer.

In a mesh topology, every device has a point-to-point link to every other device in a network. The arrangement of devices is more complicated in this topology as compared to the other topologies.

As you can see in the following mesh topology diagram.

Tree topology is a variation of star topology and there is one central hub and multiple secondary hubs.

The central hub is always active, and the secondary hub may be active or passive. The following is the tree topology diagram.

The following is the hybrid topology diagram, and it is the combination of bus and star topology.

What Are Your Thoughts?

Have you found this guide on types of topologies helpful? Let me know in the comment section.

What is a computer network and its types(LAN, MAN & WAN)

What is Point to point and multipoint connection?