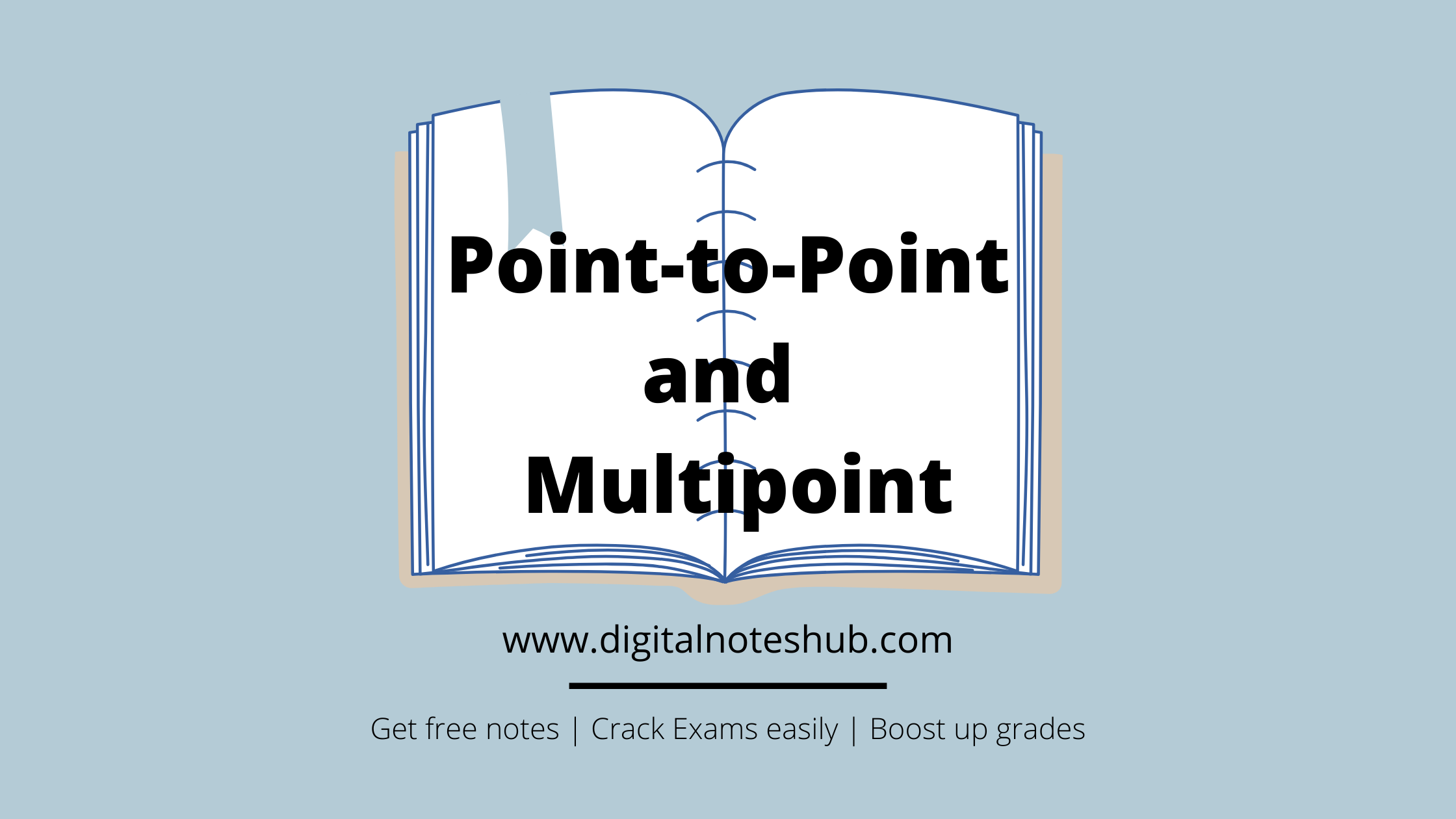 If you want to learn a specific sub-topic, then use the below table of content to directly jump on that part.

What is a Connection?

When two or more devices are connected to each other through connecting links is called a computer network. A link between two connected devices is called a connection. Based on connection, the network topology is divided into two parts:

What is Point to Point Topology?

A point to point topology provides a dedicated link between two devices that connects them with each other. The entire capacity of the link is reserved for transmission between these two devices only. It is also known as a peer-to-peer connection or point to point network.

The following diagram shows an example of point to point topology and there is one dedicated link that connects two devices with each other. One acts as a transmitter that sends the packet and the other as a receiver that receives the packet.

There is no need for address validation because only two devices are connected to each other.

What is Multipoint Topology?

It is also known as a multidrop, broadcast network or multipoint connection. In this network connection, more than two devices share a single link and channel capacity is also shared between multiple connected devices.

Let’s consider the following diagram to understand its concept more easily. Here is one mainframe computer and 5 workstations(A, B, C, D and E) that are connected to each other using a shared link.

Difference Between Point to Point and Multipoint Connection

Both point to point network and multipoint is used to make connections between network devices. But their working principle is different, and that’s why they differ from each other in many aspects.

Let’s compare these connections to see what is the difference between point to point and multipoint.

Have you enjoyed this tutorial on point to point topology and multipoint? Let me know in the comments. If you have any questions, feel free to ask in the comment section, I will be glad to hear from you.

Check out the Following Computer Network Notes, You May Also Like