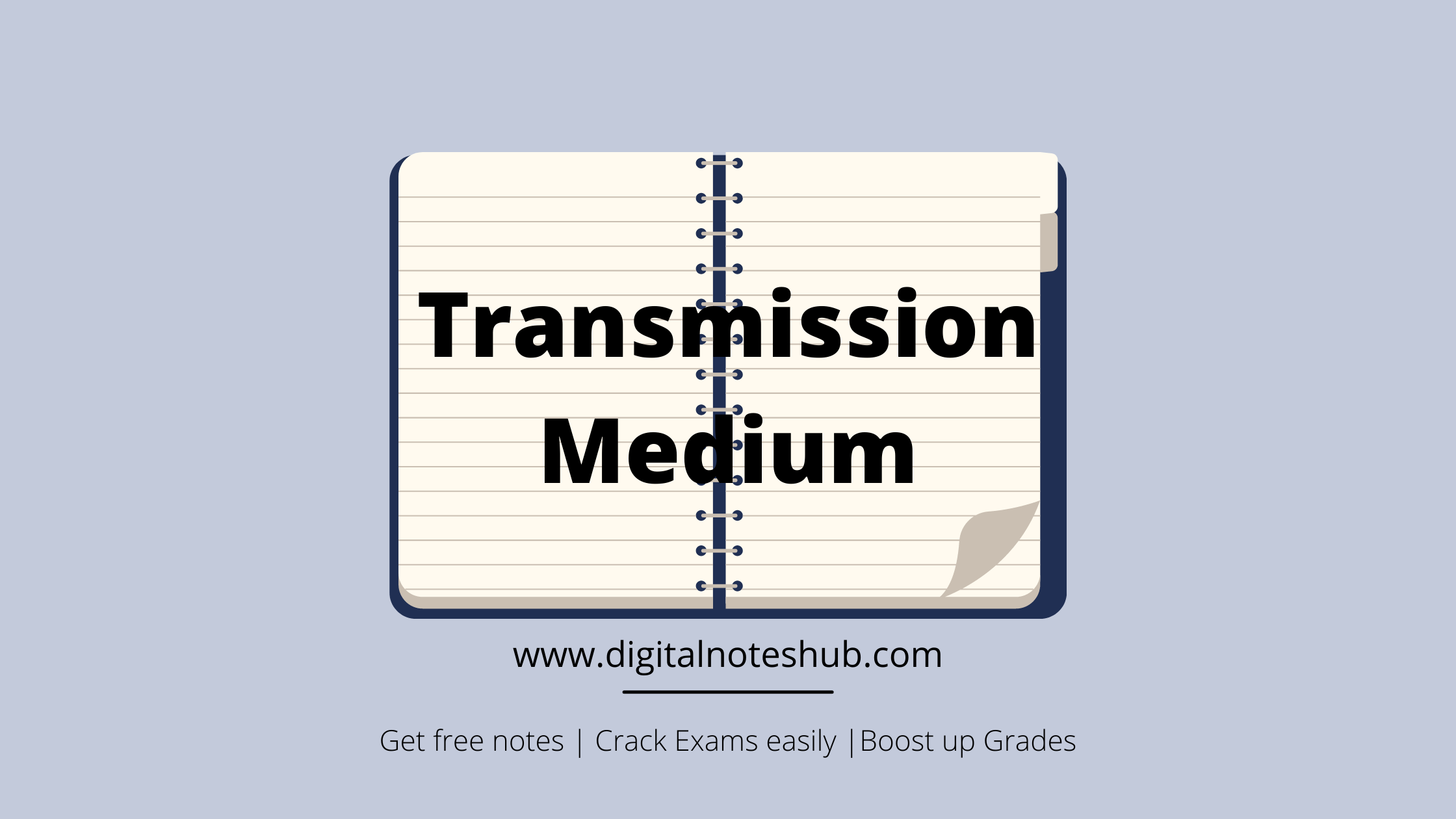 In this guide, you will learn about a transmission medium in computer networks and its types with the help of proper examples and suitable diagrams.

What is Transmission Medium in Computer Networks?

A transmission medium in computer networks is a communication channel between sender and receiver and it is used to transfer data from one network to another.

What is Guided Media?

The media which has a point to point physical connection is called guided media. It is a communication medium that allows data to get guided along with it.

Guided media is also called wired or bounded media. Different types of wires are used to make a physical connection between devices.

The two wires are typically twisted together in a helix to reduce interference between the two conductors. Twisted pair cables can carry both analog and digital signals. There are two types of twisted pair cables as follows.

A twisted pair in which two insulated conductors are twisted together is called an unshielded twisted pair cable. UTP cable is very cheap and easy to install.

It has a metal foil or mesh to cover each pair of insulating conductors. This is also known as the metal shield. The following are the application of an STP cable.

It comprises two conductors that are separated by a dielectric material. The external conductor is a metallic braid and is used for the purpose of shielding. There are three categories of a co-axial cable, such as RG-11, RG-58 and RG- 59.

The following are the applications of a co-axial cable.

It comprises an inner glass core surrounded by a glass cladding. The cost of fibre optic cable is higher than the twisted pair and co-axial cable. These cables are small and have lightweight. The installation of fibre optical cable is difficult.

The following are the applications of optical fibre cable.

The following table shows the comparison of three different types of cables that are used in the wired transmission medium.

What is Unguided Media?

The medium which provides the transmission of data without a physical connection is called unguided media.

Unguided media provides communication through a wireless medium. It is also called a wireless or unbounded transmission medium in computer networks.

In unguided media, different types of waves are used to transfer data from one network to another through the air.

The waves such as radio, microwave, and infrared are used in computer networks for unguided transmission media.

Microwaves are basically electromagnetic waves having frequencies between 1 and 300Ghz. These are unidirectional and microwaves propagation is a line-of-sight propagation. The following is the application of microwaves.

The electromagnetic waves having frequencies from 300 GHz to 400 THz are known as infrared waves. These are used for communication between mouse, keyboard, PCs, and printers.

Difference Between Guided and Unguided Media

The following are the key differences between guided and unguided media in computer networks.

Transmission Modes | Simplex, half-duplex, full-duplex
Network Topology and its types
Analog and Digital Signal in computer networks
What are the OSI Model and its layers?