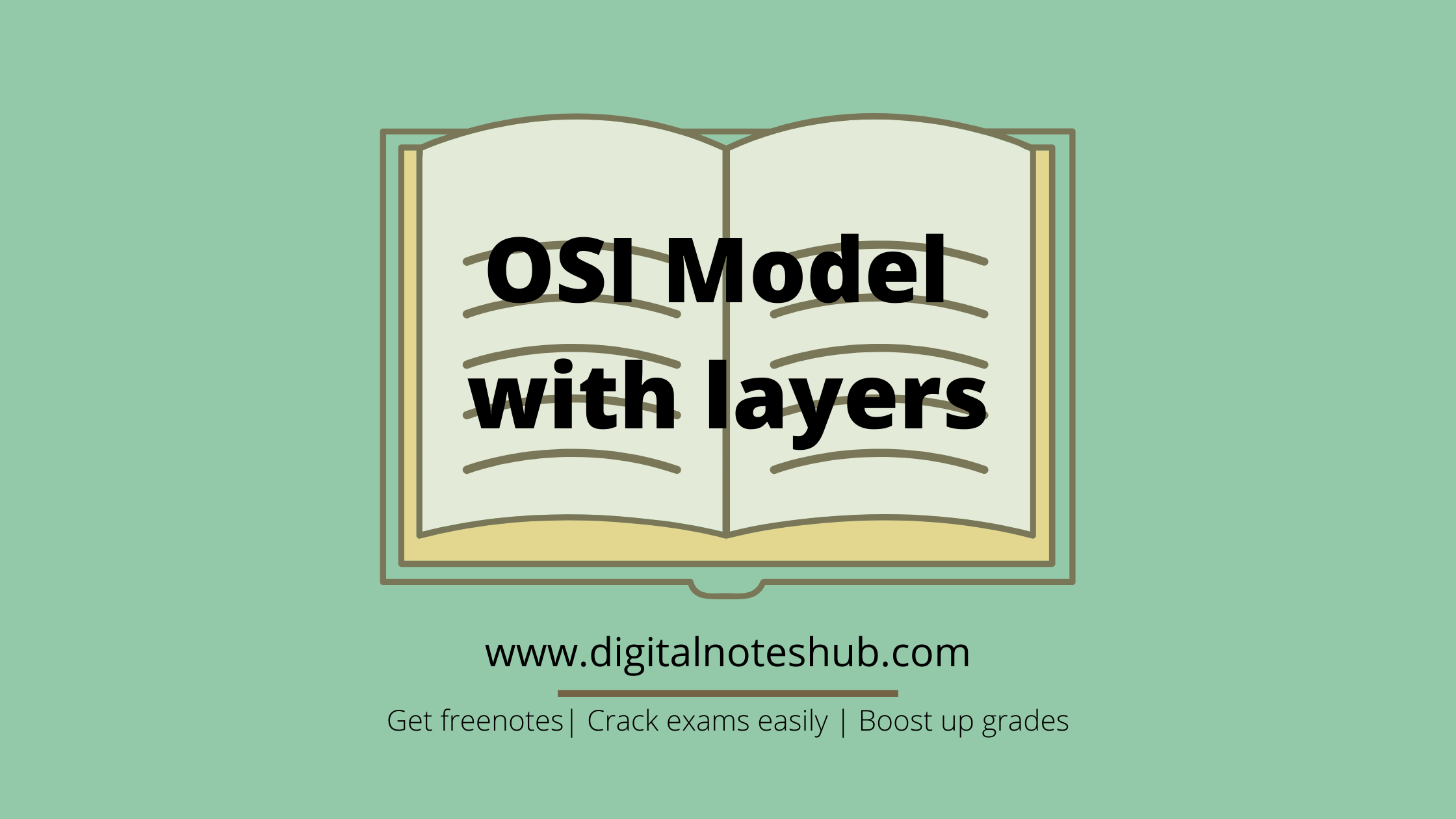 In this guide to computer networks, you’re going to explore OSI model layers explanation with proper diagrams and examples.

What is OSI Model in Computer networks?

The full form of OSI is Open Source Systems, and it is developed by ISO(International Standard Organization). It is a 7 layer model and each layer of OSI has its own functionality. All the layers work together to send data from one host to another.

OSI model is not a protocol, but it is a model for understanding and designing a network architecture. We also called it as ISO-OSI reference model or OSI 7 layer model. OSI model deals with open systems and it means the systems which are open for communication with other systems.

The following is the OSI model diagram that shows the OSI 7 layer model, layers explanation and data flow between these layers.

OSI Model is comprised of seven different layers. Basically, there are three types of layers: hardware layer, software layer and heart of OSI layers model. The following are the 7 layers of OSI Model.

The data links layer is also the hardware layer, and information at this layer is in the form of frames. It defines the format of data and the following are the major functions of the data link layer.

The layer between the data link and transport layer is called the network layer in the OSI model. It is one of the hardware OSI layers. It works for the data transmission from one host to another. The following are the primary functions of the network layer.

The transport layer is in between the session and the network layer of the OSI model. It is called the heart of OSI. The delivery of a message is the responsibility of the transport layer. The data is in the form of segments at this layer and the following are the primary functions of a transport layer.

The presentation layer is also known as the translate layer and it handles the translation of data. It makes sure that the information is delivered in such a form that the receiving system can understand easily and use it.

The following are the major functions of the presentation layer.

The top layer of the OSI reference model is called the application layer. This layer is used to display the information to the user. It is also called a desktop layer.

The following are the major functions of an application layer.

There are various advantages to this model. The following are the main merits of an OSI reference model.

The session and presentation layers are not of much use. This model was devised before the protocols were invented. So, in real life, there is a problem with fitting protocol into a model.

What are your thoughts?

Have you enjoyed this tutorial on OSI model layer explanation and if you have any queries feel free to ask in the comment section.