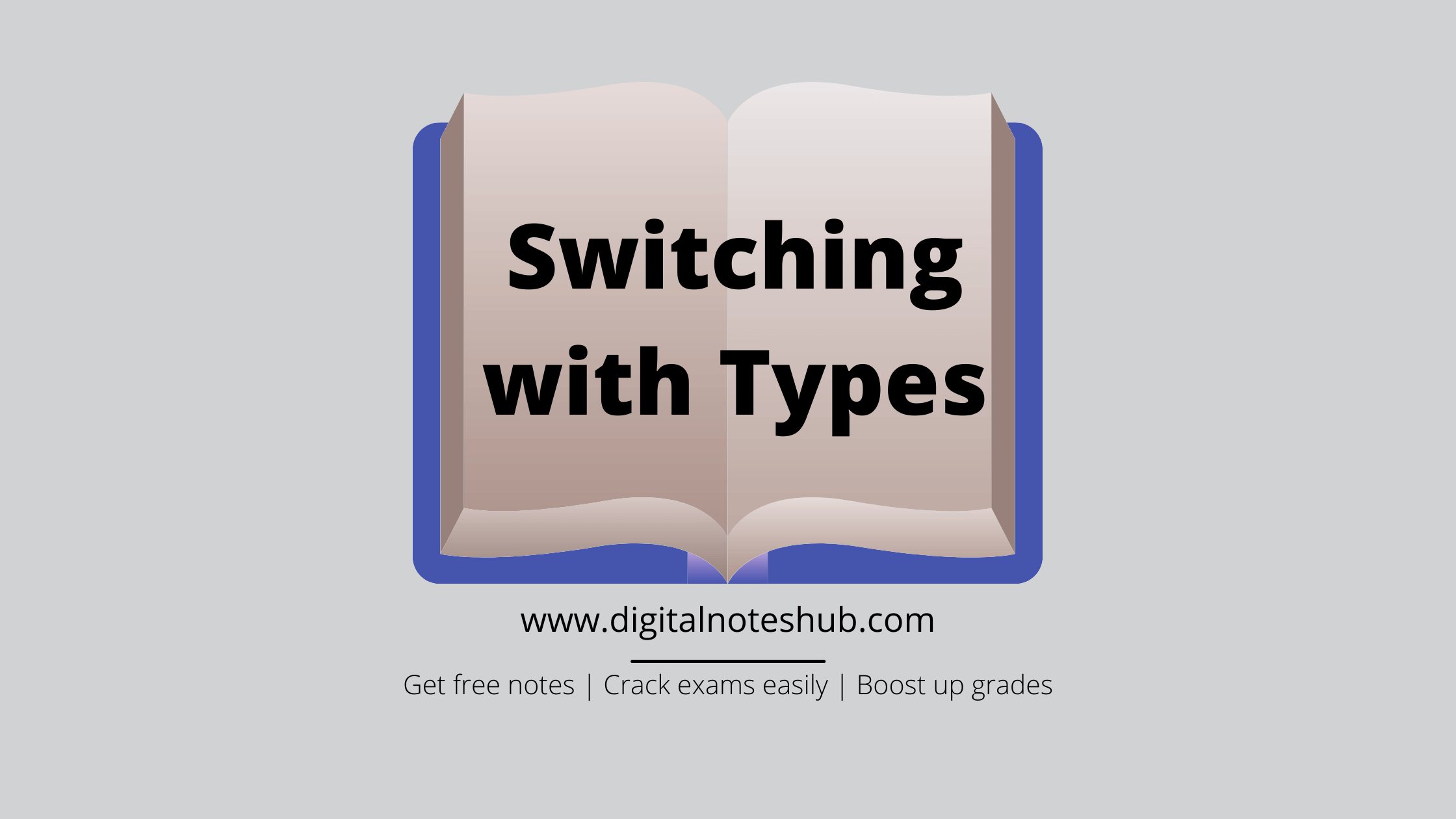 In this tutorial, you’re going to learn switching in computer networks and types of switching techniques with help of proper diagrams.

In broad networks, there can be various paths to send a message from sender to receiver. Switching in computer networks is used to select the best path for data transmission. For this purpose, different switching techniques are used.

The switched network comprises a series of interlink nodes called switches. Switches are hard-wired software devices that are capable of creating temporary connections between two or more devices.

There is a link to switch, but not to each other. The nodes are connected with each other through common devices and some nodes are used to route packages.

There are three types of switching techniques in computer networks, and each technique has a different purpose.

Types of switching techniques in computer networks are as follows.

It is a type of switching in which we set a physical connection between sender and receiver. The connection is set up when the call is made from transmitter to receiver telephone.

Once a call is set up, the dedicated path exits between both ends. The path will continue to exist until the call is disconnected.

The above diagram shows the functionality of circuit switching in computer networks. Every computer has a physical connection to a node, as you can see in the circuit switching diagram. Using nodes, devices can send a message from one end to another

In packet switching, a message is broken into packets for transmission. Each packet has the source, destination, and intermediate node address information.

These packets travel through the shortest path in a communication network. All the packets are reassembled at the receiving end to make a complete message.

There are two types of packet switching in computer networks, as follows.

The above diagram shows the concept of packet switching. The message is divided into four packets (i.e. 1,2, 3 and 4). These packets contain the addresses and information.

By travelling through the shortest path, packets reach their destination. At receiving end, the packets are reassembled in the same order (which is 1234) to generate an entire message.

In message switching, the complete message is transferred from one end to another through nodes. There is no physical connection or link between sender and receiver.

The message contains the destination address. Each node stores the message and then forward it to the next node as shown in the below diagram.

In telegraphy, the text message is encoded using the morse code into a sequence of dots and dashes. Each dot or dash is communicated by transmitting a short and long pulse of electrical current. The following diagram shows the concept of message switching in computer networks.

The following table shows a comparison between the three types of switching techniques in computer networks.

Was This Guide Helpful For You?

Let me know your thoughts in the comment section. If you have any queries or questions then feel free to ask.