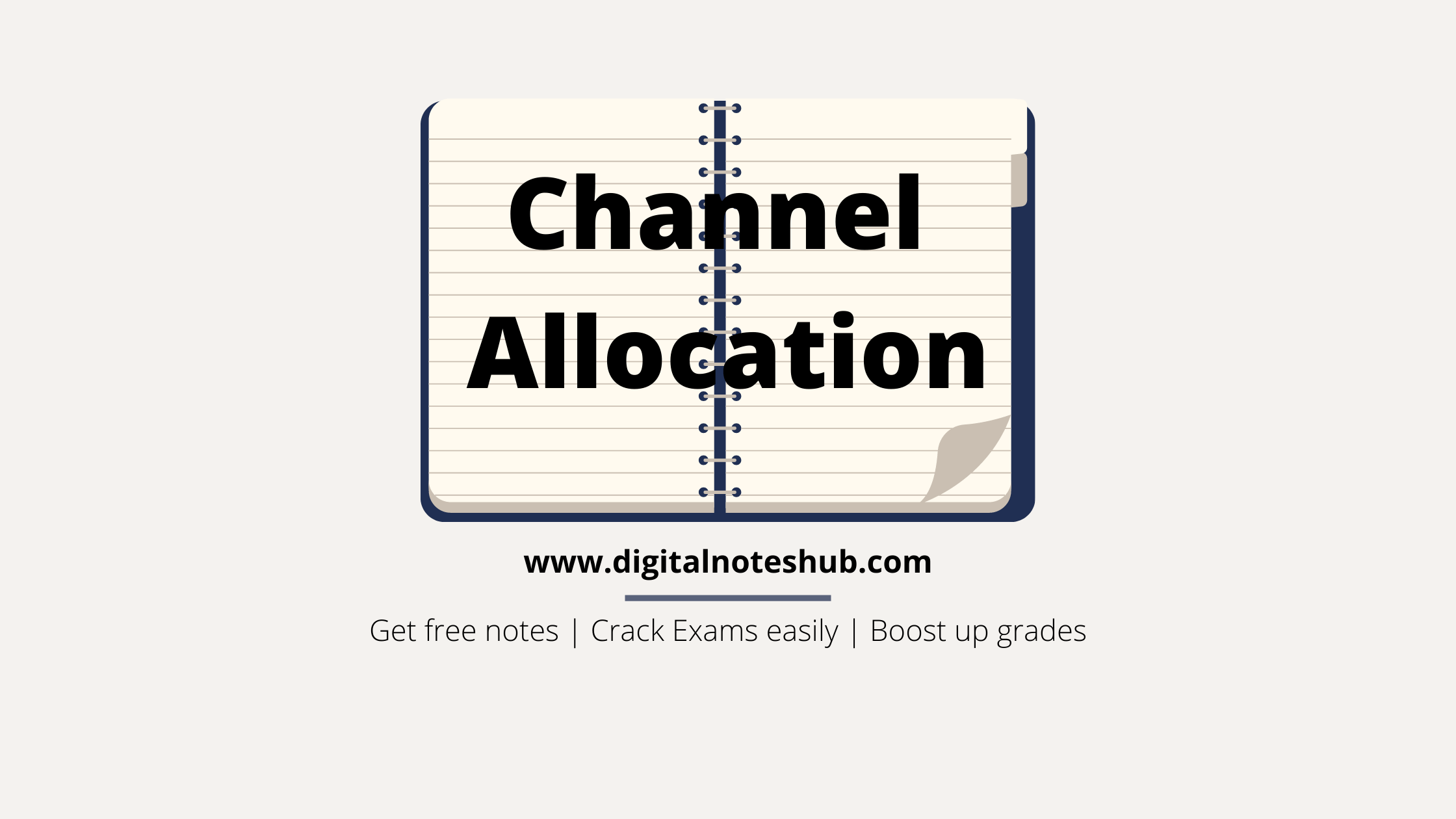 In this tutorial, you’re going to learn about the channel allocation problem in computer networks with its types.

In a broadcast network, the single broadcast channel is to be allocated to one transmitting user at a time. When multiple users use a shared network and want to access the same network. Then channel allocation problem in computer networks occurs.

So, to allocate the same channel between multiple users, techniques are used, which are called channel allocation techniques in computer networks.

The technique in which channels are not permanently allocated to the users is called dynamic channel allocation. In this technique, no fixed frequency or fixed time slot is allotted to the user.

The following are the assumptions in dynamic channel allocation:

Single Channel: A single channel is available for all communication.

Collision: If frames are transmitted at the same time by two or more stations, then the collision occurs.

Continuous or slotted time: There is no master clock that divides time into discrete time intervals.

Carrier or no carrier sense: Stations sense the channel before transmission.

First, a fixed set of channels is used when the user makes a call. If all fixed sets are busy, then dynamic sets are used. When there is heavy traffic in a network, then hybrid channel allocation is used.